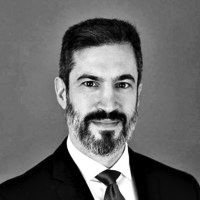 Justin Weiss is Chief Operating Officer at Crossroads Capital. Prior to joining Crossroads, Justin worked at Kansas City-based Kornitzer Capital Management, where he was an analyst for the Buffalo International Fund (BUFIX), a mutual fund with over $250 million under management. Justin also worked in Tokyo as an equity research analyst for Japaninvest and Haitong International Securities.

Earlier in his career, Justin worked in mergers and acquisitions, first as an attorney at Skadden Arps, and then as an investment banking analyst at the former Wasserstein Perella, both in New York.

Thank you! Your submission has been received!
Oops! Something went wrong while submitting the form.
Copyright © 2021 Crossroads Capital - All Rights Reserved.
Privacy Policy